A bench of Chief Justice of India NV Ramana, Justices DY Chandrachud and Surya Kant will hear the petition.

The Supreme Court is hearing a PIL regarding the worrying situation in Delhi due to air pollution. The court said that the Meteorological Department has informed that the air quality will again deteriorate. “We can’t go with the wind direction. What steps should be taken?” It asked the centre.

The court had earlier asked the central and state governments to follow all measures announced by the Air Quality Management Commission.

It was also observed that TV debate is creating more air pollution than anything else and everyone has their own agenda when hearing cases related to rising air pollution in Delhi-NCR.

The Center has proposed a slew of measures, including a ban on entry of all trucks into Delhi except for vehicles carrying essential goods, closure of schools and 50 per cent attendance in GNCTD offices, to reduce air pollution.

Delhi’s air quality moved into the very poor category this morning as low temperatures and slow surface winds allowed accumulation of pollutants. The Air Quality Index (AQI) of the city was recorded at 357 at 9 am.

Here are the live updates on Delhi Air Pollution Hearing:

A media report states that no penalty is being imposed (to control pollution) in Punjab due to elections, senior advocate Vikas Singh told the Supreme Court.

“We cannot micro-manage the imposition of fines,” the court replied.

Mr. Singh said: “The farmers have also not been paid incentives. They have done nothing.”

Air Pollution in Delhi NCR: Senior advocate Vikas Singh, appearing for the petitioner, told the Supreme Court that as per a media report this year the fine is not being imposed to appease the farmers due to elections in Punjab. SC says it is not concerned with the issue and cannot micro-manage such things

“What steps should be taken?” Supreme Court asked the Center

Solicitor General Tushar Mehta, appearing for the Centre, says that on November 16, the Air Quality Index was 403 and today it is 260.

The Supreme Court said that it is because of the wind. “The Met department says it will get worse again. We can’t go with the wind direction. What steps should be taken?”

Mr Mehta says construction restrictions have not been lifted in Delhi.

Delhi’s air quality slipped into the very poor category this morning as low temperatures and slow surface winds allowed accumulation of pollutants. The Air Quality Index (AQI) of the city was recorded at 357 at 9 am.

According to the India Meteorological Department, the minimum temperature in Delhi was recorded at 9.2 degrees Celsius, which is the lowest temperature so far this season. The maximum temperature is likely to be around 27 degree Celsius.

The air quality had improved on Sunday and Monday due to strong winds.

The 24-hour average AQI on Tuesday stood at 290, which is the second best AQI for the month since November 1 (281). The air quality in Delhi remained very poor or severe for the rest of the day.

Last week, while hearing a petition related to air pollution in Delhi and adjoining areas, the Supreme Court had said that debates on TV news channels are creating more pollution than anyone and taking the statements made in the court out of context. being done.

The bench’s remarks came after Solicitor General Tushar Mehta, appearing for the Centre, raised the issue on a televised debate, claiming that he had misled the court on the contribution of stubble burning to air pollution.

The court had said that everyone has his own agenda and statements are taken out of context in these arguments. 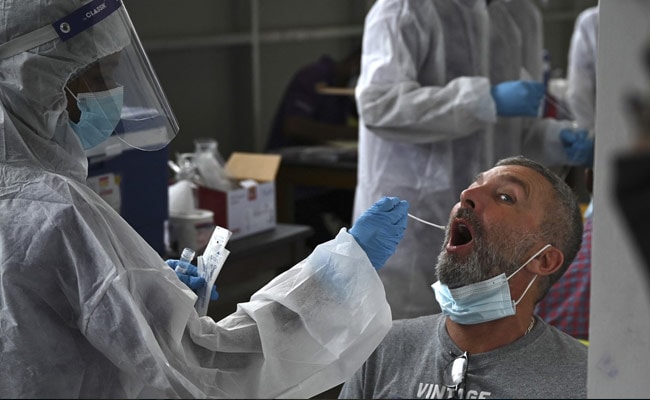