The Malayalam film industry is slowly getting back on its feet after being derailed by the coronavirus pandemic. It has been widely known for its unconventional filmmaking and storytelling, with films like ‘Kurup’, ‘Jaan e Mann’ and ‘Elam Sheriyavam’ bringing audiences back to theatres, and ‘Churuli’ releasing on Sony Liv. As is being discussed, Malayalam cinema is definitely diversifying with diversity. On experimentation and new narratives.

However, films with superstars and massive elements continue to create hype, especially in their fan circle. As filmmaker Nitin Renji Panicker announced ‘Kaavaal’ with actor-politician Suresh Gopi in the lead role, fans of the actor were ready to celebrate another mass film on screen. Once known as the Angry Young Man of Malayalam cinema, Suresh Gopi cemented his place in the industry through his action hero roles, especially feudal police roles. The return of Suresh Gopi after many years in a more powerful, action-oriented role was the highlight of ‘Kaval’. But, did ‘Kaval’ live up to all the hype and expectations? We’ll know for sure in a few days.

Kaval is set in the backdrop of Idukki, an upscale district of Kerala. The film tells the story of two friends, Antony (Renji Panicker) and Thampan (Suresh Gopi), who were once the saviors of farmers and downtrodden people. Antony and Thampan acted like a parallel justice system in the area as they listen to and resolve complaints raised by helpless farmers harassed and exploited by landlords, police and even Maoists.

The film begins with the current situation of Antony and his family consisting of a son and a daughter who are often humiliated by a moneylender and his goons. Antony, who lost a leg, is now a shadow of his past and has no strength left to save his children from moneylenders and their goons. Without anyone to help, Antony decides to seek help from his long-estranged friend Thampan. However, Antony is killed in a road accident on his way to meet Thampan. Instead his son meets Thampan and requests him to help. Thampan is initially hesitant to return to the place he once left, but eventually does so to protect his friend’s children.

The film then moves to the typical track of following Thampan who manages the moneylender, the bad cops and the goons. Kaval’s story can basically be inferred that even the apparent climax doesn’t come as a surprise. The film also relies on background scores to emphasize cinematic elements.

While Mammootty starrer Nitin Renji Panikkar’s debut film ‘Kasaba’ garnered all the unwanted attention for reviving a dangerous trend of glorifying derogatory remarks against women, his second film ‘Kaval’ at least shuns such a trend. However, such dirty dialogues, this time, were spoken by the villain and not the hero himself. If this change can be seen as a progression, then all the other elements of this Suresh Gopi starrer are reminiscent of an earlier style of script and direction that Malayalam cinema has evolved from.

Nithiin, the son of director and actor Renji Panicker, is still mired in the 2000s bygone era of Malayalam films – a period when the hero’s masculinity and mass dialogue were the only sources of entertainment. Malayalam cinema has certainly come a long way from such hero-centric mass masala films and scripts with human elements and relatable characters have ventured into new waters with prominence.

However, one cannot question the rights of a filmmaker’s choice or his intention behind making the film. So if you decide to watch Kaval in the hopes of enjoying a mass entertainment, chances are you might still be disappointed. Simply because the script lacks conviction and the characters are half-hearted. The film is devoid of memorable cinematic moments and follows an age-old style of narration. Last but not least, there is a lack of a strong villain. If anything can save this film, it is Suresh Gopi’s impressive screen presence.

Suresh Gopi’s transformation into a caring father later in the film gives the audience some heartwarming moments. Renji Panicker, who is usually very confident with the characters he plays, looked a bit animated when he played the elder Antony. Kannan Rajan, son of late actor Rajan P Dev, did justice to the role of a heartless moneylender. 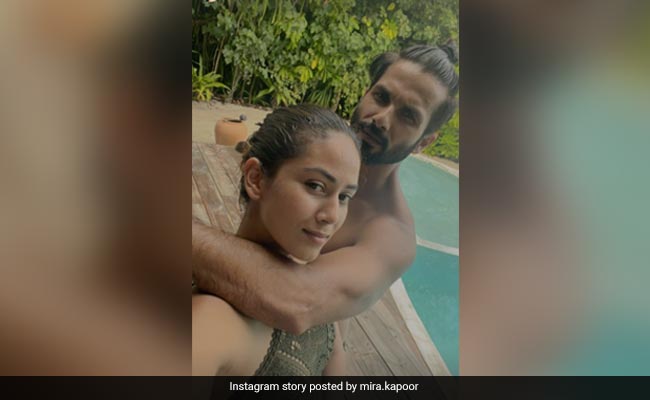 Shriya Saran says her daughter Radha is 9 months old: ‘I don’t think I could have hidden her any more’ Aishwarya allowed me to act after marriage, said- I will take care of Aaradhya: Abhishek Bachchan