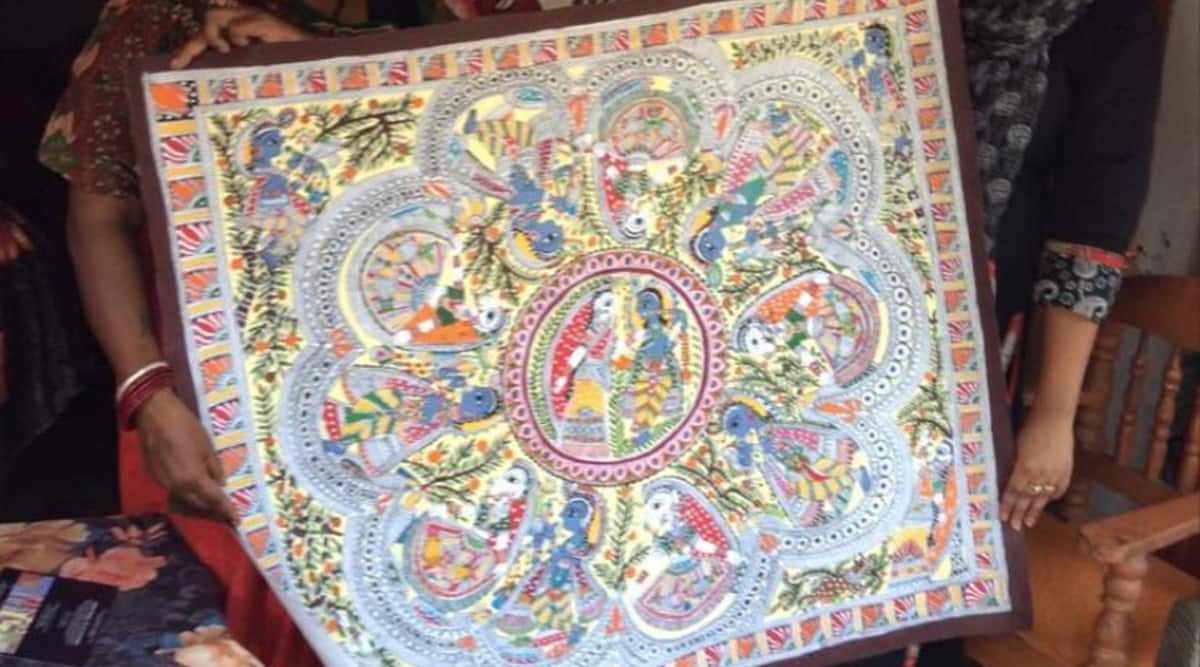 A picture, they say, speaks a thousand words. If that picture was made by a Dalit woman, it says much more. Dalit art has developed as a mode of resistance and protest. Perpetrated by a woman, it faces triple domination, discrimination and oppression on the basis of poverty, gender and caste. One such Dalit woman recently won a national honor – Dulari Devi, a Mithila painter from Bihar, was awarded the Padma Shri at a function at Rashtrapati Bhavan last week.

Dulari Devi told this writer, “These paintings are my life, I cannot live a day without making them.” Mithila, or Madhubani painting, is a distinctive form of art traditionally practiced by upper caste women in the Mithila region of Bihar.

The now celebrated Dulari Devi began her life in extreme poverty, having been born in the marginalized Mallah community. Her first brush with Mithila painting came while working as a domestic help in an upper case painter’s house, and she never looked back. But instead of imitating the themes and ideals of the upper castes, Dulari Devi immersed herself in her work, investing it in the process with her own caste identity. One of the first paintings he sold was of a fishing village that represented his caste – seafarers were traditionally sailors – occupation.

Thus, Dulari Devi’s art attempts to track the interplay between artha and power within the hierarchical framework of religion, caste, gender and politics.

As political scientist and author Gopal Guru points out, the development of Dalit art, from folklore to painting to folk poetry, has provided Dalits with an intellectual platform for creation, expression and emancipation. He says that Dalit emancipation is not possible only through government policies, as they are temporary in nature, but is possible through cultural and intellectual stimulation. At the same time, public recognition of Dalit art has been an uphill battle in itself, with traditional ‘Kala Mandals’ still associated with hegemony and monopoly.

So, when the entire nation is paying attention to Dulari Devi, it is pertinent to see how the marginalized women of Bihar are using art to tell their stories.

In the region of Mithila, women from two sub-castes of the Dalit community – the Dusadhs and the Chamars – have mastered the art of Mithila painting, their work being different in theme and style from the paintings of upper-caste women, which usually Contains depictions of deities.

The credit for the inclusion of Dalits in Mithila painting goes to a German anthropologist, Erika Moser, who in the 1970s inspired and guided Dudhdh women to adopt art for social recognition and economic independence.

When Moser, who was also a film producer and social activist, first began persuading the poor Dusadh community to take up painting, women engaged in hard manual labor expressed their inability to do so, as they were usually told stories of Hindu gods. Little was known about it. depicted in Mithila paintings. A guiding hand from their upper caste counterparts seemed difficult due to social differences.

This is where inspiration and skill-specific advice from the likes of Moser and American anthropologist Raymond Lee Owens came in handy. The result was that the Dusadhas began to capture in their oral histories – such as the chronicles of the local deity King Salhesa – and depictions of their primary deity Rahu in their paintings.

Lee Owens and Moser provided financial assistance to these women and also donated land in Jitwarpur for the purpose. IM 1977, with the likes of Dr. Gauri Mishra, the Master Craftsmen Association of Mithila was established. The association was very active during Owens’ lifetime, and worked closely with the Ethnic Arts Foundation of the United States. With this support Dalit women created three major styles and techniques of painting.

Ocher (brown) included large figures of gods and goddesses, animals and fields, largely painted in light grey, as well as some more brightly colored objects on paper. Similar to the low relief figures on the walls of the homes of Mithila residents, these paintings did not last very well and could not attract many buyers.

A major element of Dalit paintings is the tree of life – a huge tree with images of animals, flowers, regular household items, deities and human forms at different stages of life. This tree of life has been used by Dusadha painters to depict intellectually stimulating concepts of cosmological inference, such as the Raas, migrants gathering in Jitwarpur and surrounding areas during harvest time to find work. For a more routine depiction of the workers’ nomadic travels.

This style of painting was initiated by Jamuna Devi, originally by washing the paper with a light dung (cow slurry), to give it an elegantly smudged look and feel, on which bright colors stand out very well. . Jamuna Devi thus ushered in a new and distinctive style of painting, which, apart from being emulated by the painters of the upper castes, in times to come, gained enormous recognition and demand in the commercial markets. The colors of Holi on the cow dung paper gave an unusual shine to his paintings, giving Jamuna Devi prominence. His clay frescoes and paintings have been exhibited in Japan, New Delhi, Patna and Varanasi.

Common motifs in the cow dung style include stories of local deities such as Rahu, Govinda and Salhe. The men of this region played an important role in helping their women to create masterpieces. Ram Vilas Paswan of Laheriaganj village and Raudi Paswan of Jitwarpur village were the forces behind the innovation in Dalit paintings. Their vocations as local priests of the Dusadhas helped Dalit women to understand their own cultural history and get to know gods like Raja Salhesa and Rahu better.

Godna is another art medium used by Dalit women in Madhubani to express their pain and restore mansuki (own dignity). Traditionally, tattooing, or the art of tattooing, was adopted especially in the provinces of Bihar and Bengal to print prisoners, as well as to display high caste distinctions.

Thus, as the research of historian Claire Anderson claims, lower caste women either tattooed prisoners under royal orders, or used their intellectual labor and creative expression on higher caste bodies to earn a living.

However, a third form of this tattoo is that of resistance to discrimination – Dalit women were forced to wear ornaments of iron and substandard materials as prescribed by the Manu Samhita. Thus embellishing his body with tattoos was seen as a reversal of that prescription.

Over the years, Godna art has moved from body to paper. The earliest designs of tattoo painting were simple black and white figures, such as those drawn on a human body, and mostly revolved around an auspicious image and considered lucky in the Nat community. There was no deep meaning or story within these tattoo paintings. The contribution of Chano Devi, the early star of Godna Paintings, is noteworthy here. 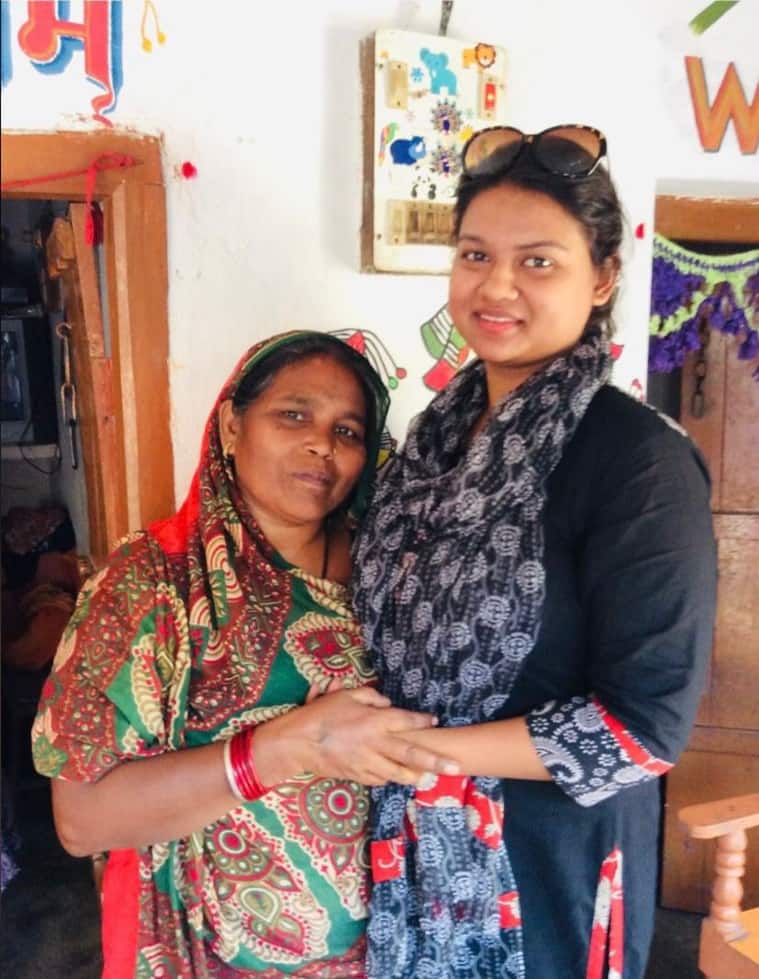 Under her husband’s guidance, she began drawing Salhesa’s life history to add meaning to the tattoo. Along with Shano Devi, Chano Devi also started experimenting with natural colors to create a more distinctive style.

Other painters also began to abandon the use of Holi colors in favor of colors made from cow dung, leaves, flowers, vegetables, bark and roots.

The journey of Dalit paintings from Gobar to Godna eventually established the women of Dusadh and Chamar castes in the field of folk art.