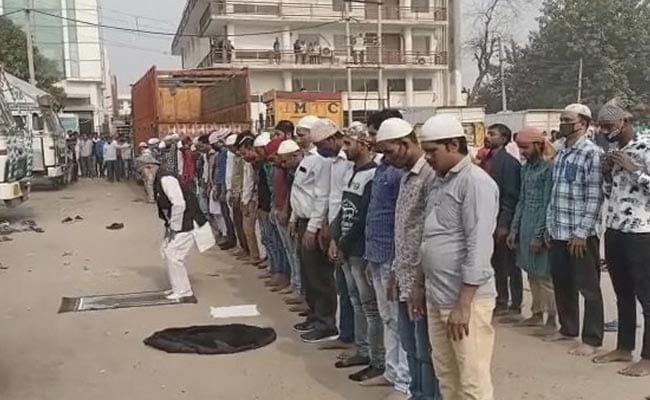 After protests in 2018, a list of 37 “designated” sites was drawn up based on negotiations.

Muslims offering prayers at a designated open space in Gurgaon’s Sector 37 were once again disrupted by right-wing Hindu groups, raising tensions as they offered a ‘prayer’, a call to commemorate the 26/11 terror attacks. was claimed.

The assembled Muslims had initially planned to go without prayer, but then about 25 decided to proceed. He prayed to raise slogans of ‘Long live Rama‘ And ‘Bharat Mata Ki Jaani’ less than 30 m.

150 policemen were present at the scene but only 30 stood between the two groups.

As soon as the 20-minute prayer was over, two men from the Hindu group crossed the distance and claimed the place. Members of the Muslim community decided to leave the site peacefully.

Even Muslims will not offer prayers in the Gurudwaras of the city today.

The city’s Gurdwara Singh Sabha committee said the place would not be offered because Muslims “did not ask for a place for prayers”, but underlined their resolve to stand with the minority community.

However, anti-Muslim posters outside a gurdwara have raised questions about pressure from right-wing groups, some of whom had earlier spread cow dung at a prayer site. 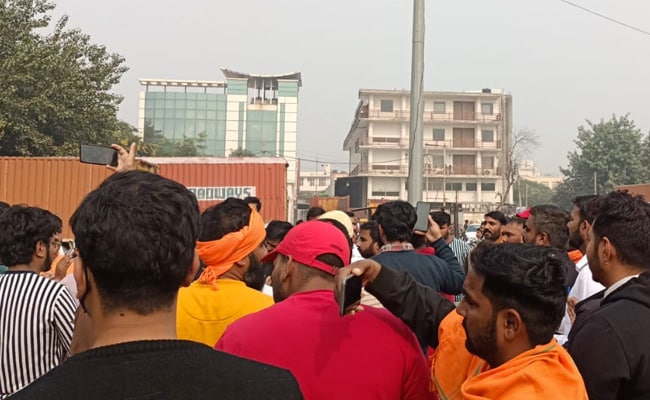 Another Namaz prayer place – in Sector 37, Gurgaon a ‘Havan’ was done for 26/11 attacks

Last week – in a show of solidarity by many – the gurdwara committee offered to open its doors to Muslims so that they could offer prayers in peace. “(this is) ‘master house‘…open to all communities without any discrimination…’ said the head of a gurdwara in Gurgaon’s Sadar Bazar.

Two days later, however, the committee turned down that proposal. A spokesperson was quoted by news agency ANI as saying that “Muslims themselves refused to offer prayers to avoid any conflict”.

Muslims in Gurgaon have been barred from offering weekly prayers for a few months, with some residents – reportedly, by right-wing groups – publicly condemning the religious demonstrations.

Tension escalated two weeks ago in the Sector 12A area of ​​the city, where people allegedly belonging to Hindu groups had encroached upon the land and claimed to have built a volleyball court.

Visuals showed him eating nuts while sitting on plastic chairs. “We will not allow namaz no matter what…” said Veer Yadav, one of the people at the site. 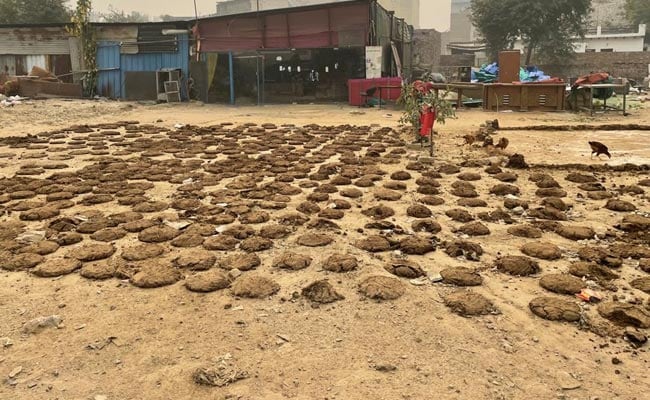 Nearby, rows of cow dung strewn across the ground last week – after some held a “worship” that involved spreading cow dung at the prayer site – remained untouched.

Again, instead of escalating matters, Muslim groups said they would not offer prayers.

Following an agreement between Hindus and Muslims following similar clashes in 2018, the Sector 12A site is one of 29 sites (37 before authorities withdrew permission for eight) that were set aside for namaz.

Sector 12A was also the site where the police had detained 30 people during the first weeks.

When the protests first made headlines, Haryana Chief Minister ML Khattar said everyone had a right to pray, but he also issued a warning, saying “those who offer prayers should not block road traffic”. should do”.

The prayer controversy also raised its ugly head in Gujarat’s Ahmedabad last week, when members of the Vishwa Hindu Parishad performed a “purification ritual” in a garden in a residential area.

Police said no case was registered as no one had filed a complaint. 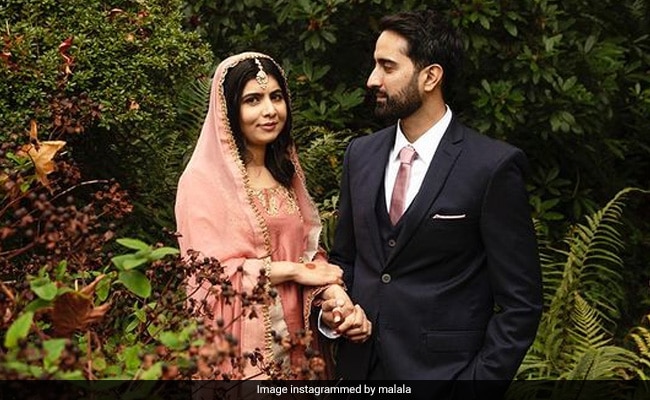 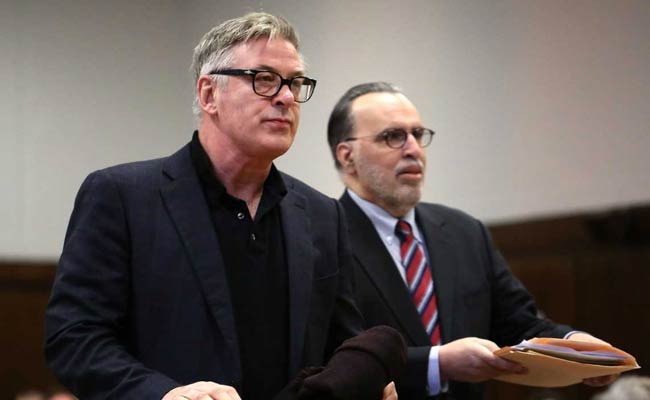