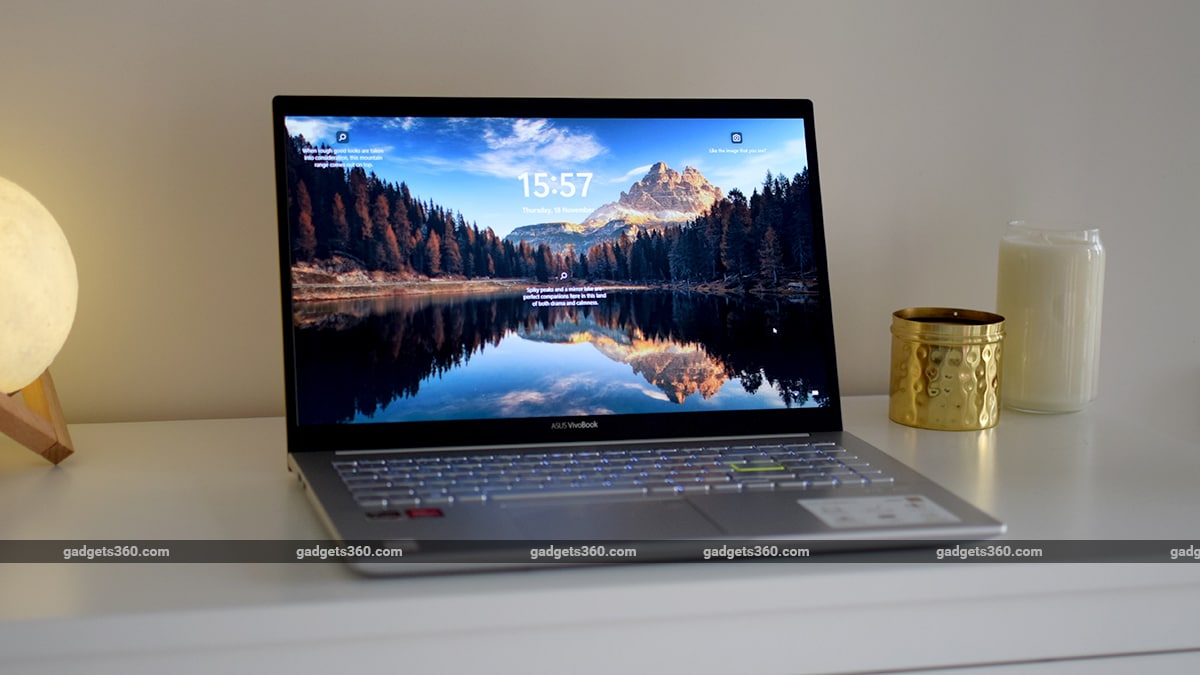 Multimedia laptops tend to hit the sweet spot between price and performance. Such devices typically provide high quality displays for video viewing, are powerful enough for light gaming, and are relatively affordable. Asus’ VivoBook series continues to follow the same trend, and today we’ll take a look at the new K15 OLED series, which is surprisingly priced.

Asus Vivobook K15 OLED series price in India is around Rs. starts with. 47,000 and approx Rs. 80,000. We’ll be testing a version that falls somewhere in the middle, and features an AMD Ryzen CPU instead of the Intel ones that most other variants. With not many other OLED laptops in this price segment, is the Asus VivoBook K15 OLED worthy of your attention? let’s take a look.

The Asus VivoBook K15 OLED has a large footprint due to its 15.6-inch display, but it isn’t too thick or cumbersome. It’s on the heavy side of 1.8kg, but it’s not too bad for a laptop of this size. The build quality of the chassis is good, and the plastic has a good fit and finish, with no unwanted flex or creak anywhere. Asus sent me a unit in a Hearty Gold finish, but this model should also be available in Indy Black and Transparent Silver.

OLED display is the highlight of the Asus VivoBook K15 OLED

The main attraction is the OLED display. This 15.6-inch screen has full-HD resolution, 600nit peak brightness, and 100 percent DCI-P3 color gamut support. The displays also have certifications from Pantone, TUV Rheinland, and others for things like color accuracy and low blue-light emissions. The Asus Vivobook K15 OLED has narrow borders on the left and right sides of the display, and slightly thicker top and bottom. Above the screen is an integrated webcam but it only has 720p resolution. The lid provides good protection for the OLED panel, and despite flexing a bit, it doesn’t noticeably affect the display.

One of the big advantages of a 15.6-inch laptop is that you have a full-size keyboard with a number pad. I needed to re-calibrate a bit my muscle memory coming from a smaller laptop, as I kept hitting the wrong keys initially, but I got used to it after a few days. The keys themselves are well spaced and comfortable, but I wish they weren’t a bit sculpted and flat for a better typing experience. The ‘Enter’ key has fluorescent green highlights, which are a fun little touch. The arrow keys are also well spaced. The Asus VivoBook K15 OLED has a fingerprint sensor placed in one corner of the trackpad. It works well and doesn’t get in the way.

Coming to the ports, you get a lot of them. On the left, you get two USB 2.0 Type-A ports and on the right, there’s a USB 3.2 Gen1 Type-A port, a USB 3.2 Gen1 Type-C port, HDMI 1.4 video output, a headphone jack, a DC power supply, and a USB cable. inlet, and a microSD card slot. For everyday use, these ports should work fine, though I would have preferred more USB 3.0 ports instead of two USB 2.0 ports, and the older v1.4 spec instead allowing HDMI 2.0 to output at 4K 60fps.

I also don’t understand why Asus went with a microSD card slot instead of the standard size, especially since there should be enough room on a 15.6-inch laptop. You can’t charge the laptop through the Type-C port, and none of the USB ports will supply power to charge other devices if the laptop is turned off. It may seem like I’m nitpicking, but it’s the little conveniences that make a big difference in everyday use.

The Asus VivoBook K15 OLED is available with either an Intel or AMD CPU. Intel-based variants start at Rs. 46,990, and at this price you will get 11th generation Intel Core i3-1115G4 CPU. You can move up to Core i7 if need be. At the time of this review, Asus has only one AMD-powered version for sale in India, which features an AMD Ryzen 5 5500U CPU with integrated Radeon graphics. This variant also has 8GB of RAM, a 256GB M.2 NVMe SSD, and a 1TB mechanical hard drive. Out of 8GB of RAM, only one 4GB module was detected in the CPUz app, which means the other 4GB most likely needs to be soldered to the motherboard.

My unit shipped with Windows 10 but you can choose to upgrade to Windows 11 while it is installed. Some of the pre-installed programs include a trial version of McAfee Livesafe and a fully licensed version of Microsoft Office Home & Student 2019. All of Asus’ programs can be found through the MyAsus Launcher app, for which there’s also a dedicated shortcut button on the keyboard. , The app is a bit clunky but functional, and offers plenty of options for battery care, updates, and display settings.

There’s also an OLED care section, with options for a special screen saver that can be activated if the laptop is idle on a still screen for too long, and a Pixel Shift feature to avoid screen burn-in issues. Is. These are enabled by default to protect the OLED display in the long run. Another feature I liked is the ability to turn on the primary functions of the Fn row keys.

The Asus VivoBook K15 excels at OLED video playback thanks to the vibrant OLED screen. Blacks are dark and colors can look too bright, depending on how you turn the display. Bright screens can cause reflections, which should be taken into account. Viewing angles are good but when the screen is viewed off-axis, there is a slight change in color, although this is only evident from the white background.

The display supports HDR, but you’ll need to enable this setting in Windows to use it. The default picture profile is pretty bad, as any highlights in HDR video are immediately blown out. You’ll need to adjust the HDR brightness slider in Windows’ display settings to find the right balance, and also enable HDR streaming when running on battery power. After doing this, HDR videos looked much better. Stereo speakers sound good but not great, even with DTS app enhancements.

There is a good selection of ports but a full sized SD card slot would have been better.

Windows 11 ran great on the configuration of the Asus VivoBook K15 that I tested. Programs opened and closed quickly, it was quick to wake the laptop from sleep, and the fingerprint sensor worked well for authentication. The white backlight on the silver keys makes their labels difficult to see in the daytime, but do their job in low light. The laptop also performed well in benchmarks, returning decent numbers in synthetic tests.

The Ryzen 5 5500U CPU was only slightly behind the Ryzen 5 5600U we recently tested in the Acer Swift X, which makes sense. However, the integrated Radeon GPU is not powerful enough for demanding games. Fortnite was only playable at the display’s native resolution at low graphics settings. Games like Far Cry 5 were only playable at low graphics quality, and here, the resolution had to be reduced as well.

The Asus VivoBook K15 OLED packs a modest 42WHr 3-cell battery, which lasts about four hours with light to moderate usage and the Windows battery profile set to ‘Balanced’. This kind of battery life isn’t great, especially for a 15.6-inch laptop. With the laptop in ‘improved power efficiency’ mode, I was able to squeeze out another hour with similar usage, which still isn’t much. It would have been nice to have a bigger battery given the size of the chassis, even if the laptop is a bit heavy.

The Asus VivoBook K15 OLED (KM513) is an excellent laptop for media consumption and is relatively thin and light for its 15.6-inch screen size. The six-core Ryzen 5 CPU delivers plenty of power for multitasking and demanding workloads. Gaming isn’t this laptop’s strong suit, which means you’ll have to look at other options if that’s a priority for you. Battery life is a bit disappointing and I wish Asus had provided a full-sized card slot instead of a microSD slot. 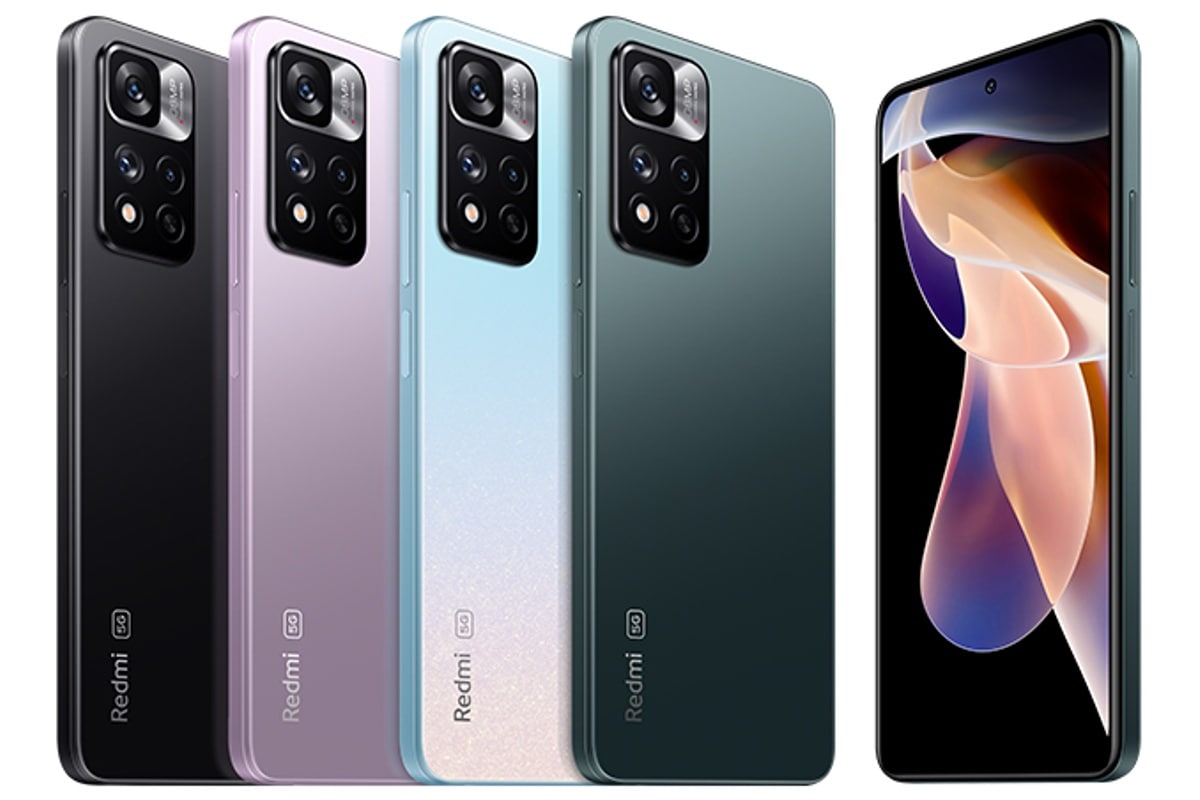 Xiaomi 11i HyperCharge may debut in India in single storage option 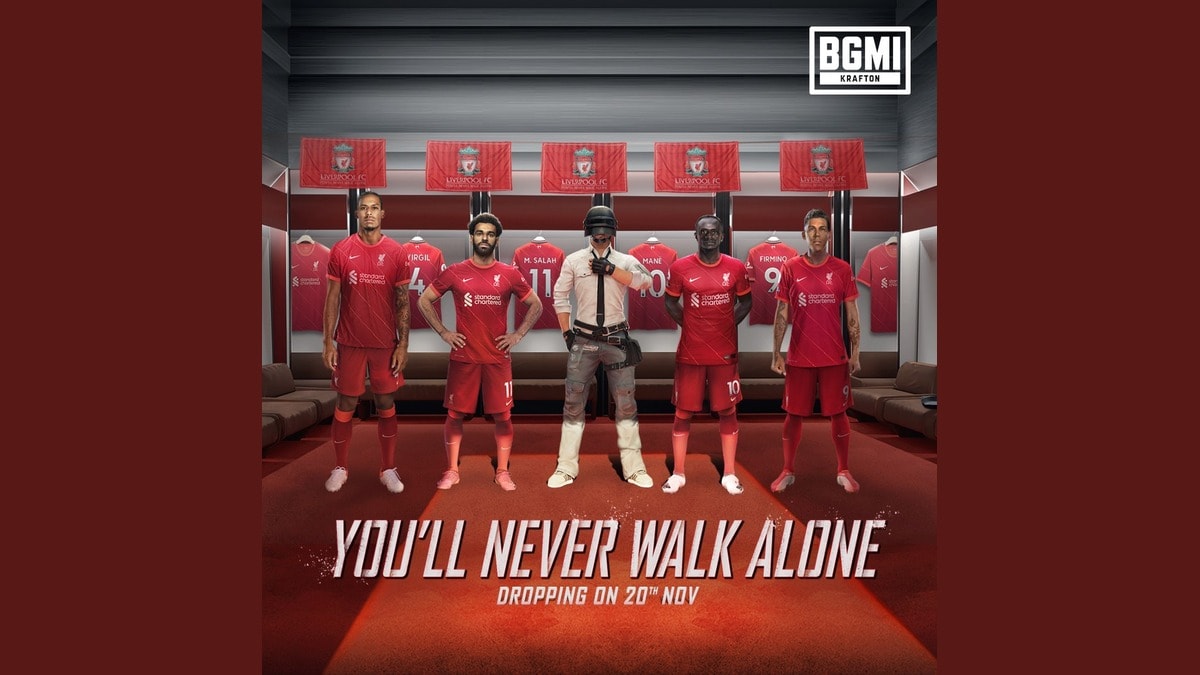